September Volunteer Of The Month 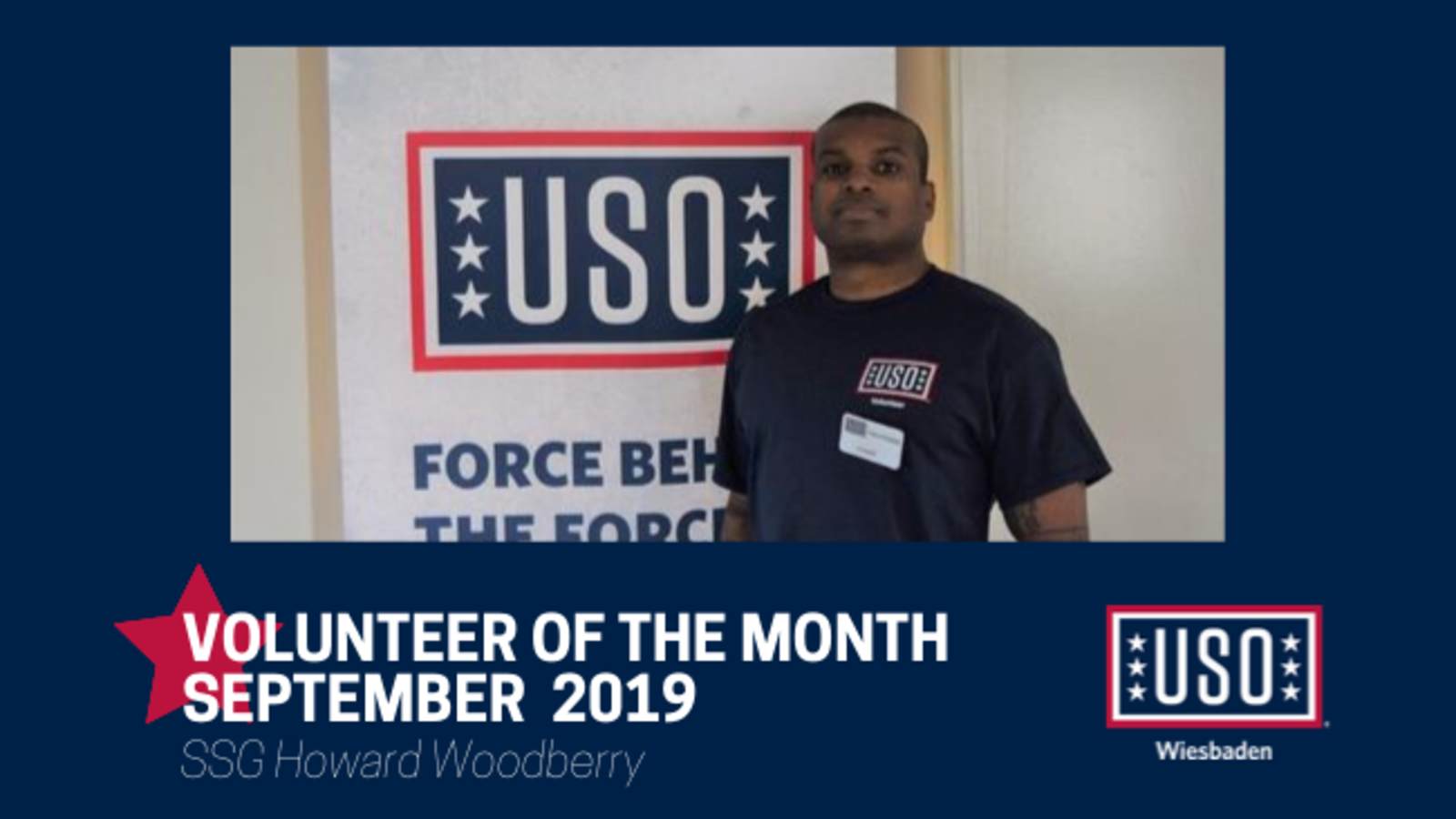 SSG Woodberry has been volunteering with USO Wiesbaden since late June of this year. Since he began, Howard has already contributed well over 100 hours of his time to serving his fellow servicemen and their families! Howard is helpful no matter where he is helping out - from manning one of our centers, to grilling hotdogs (and even a veggie burger for Haley that one time), to jumping in to do some heavy lifting while setting up for a big event. Howard was also an integral part in the WISPO 25-Hour run event this year, not only as a runner, but helping to set up the USO Red, White, and Blue competitive running team who went on to win 3rd place, overall! We appreciate all that you do for us, Howard – thanks for everything! #BeTheForce